Are You Leveraging Your Network?

Aimee B Davis
At a recent networking event, several successful and highly-educated women told me that women habitually fail to effectively capitalize on their professional network.
In 2015, the importance of networking has become ingrained in our professional psyches. But, if you diligently attend monthly business development meetings and the occasional cocktail party without following up and developing meaningful and trusting relationships with the professionals you meet, then you are missing out on valuable opportunities. Here’s a good example of how I recently leveraged my professional network in order to provide the best possible legal services to my client. 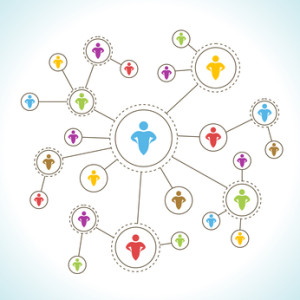 Earlier this year, I was retained by an American investor seeking to acquire a minority interest in a restaurant located in Mykonos, Greece. As many of you know, I’ve spent A LOT of time in Mykonos. Given my adoration of this beautiful Greek island, I felt particularly well suited to represent this client and excited to work on the project.
The problem is I’m not Greek, I’m not admitted to practice law in Greece, nor do I speak Greek. So, what’s an eager solo practitioner to do?
Leverage Who You Know
Unlike the United States, which requires that only the entity itself be registered in its state of incorporation, each shareholder investing in Greece (as well as the entity) must be registered with the applicable governmental authorities. Knowing I’d need a Greek attorney to assist with this transaction, I reached out to all of the Greek-American attorneys I know. My hope was to find an American corporate attorney, who was also admitted in Greece.
The solution came from a fellow corporate attorney, Peter Papagianakis, with whom I began networking 4 years ago, shortly after the inception of Aimee B. Davis Law P.C.

Peter introduced me to Nicolas, an English-speaking attorney based in Athens, who he met at a Greek-American networking event. Upon recognizing synergies between their respective practice areas, they discussed ways in which they could help each other professionally. That relationship developed over time and since meeting several years ago, Nicolas and Peter have engaged in a cross-referral arrangement, where Peter has assisted Nicolas’ Greece-based clients on a few matters with a U.S. nexus.
Much to my delight, Nicolas received an L.L.M. in corporate law from NYU, so he understands both U.S. and Greek corporate law. After reviewing his online bio and briefly speaking with him about the proposed deal, I felt confident Nicolas was the ideal attorney to act as my co-counsel. My client agreed with this assessment, and Nicolas and I began working together to negotiate and document the proposed investment. The restaurant opened this spring, just in time for the jet-set season in Mykonos.
The importance of developing strong professional relationships with fellow attorneys and other professionals cannot be overstated. These relationships can provide referral business, and often serve as great resources for information. But, it is up to us, as individual networkers, to keep our proverbial rolodexes “top-of-mind” in order to maximize opportunities to our benefit and to the benefit of our clients.