Checking In on the Status of Impact Investing

It’s been over three years since I learned and wrote about, Impact Investing.

What is Impact Investing?

Emerging in 2007, impact investments are made into companies, quasi-governmental organizations, and funds, with the intention of generating a measurable, beneficial social or environmental impact along with a financial return to the investor. 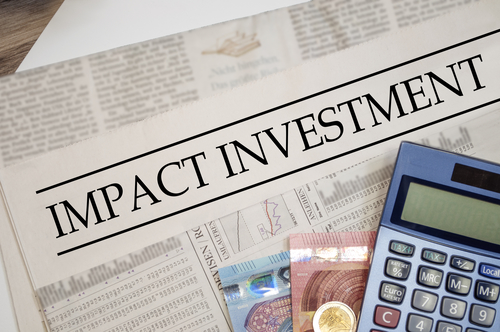 When I first learned this term, I was skeptical about whether the milestones established by issuers in this space could accurately measure investor’s goals and stated objectives. I wondered how the corporate attorneys working behind the scenes were drafting meaningful benchmarks that didn’t set their clients up for failure. I wanted to better understand how the lack of a traditional exit-strategy (which is characteristic of these investments) relates to the milestones established for exiting. I likened these investments to short-term, potentially interest-free loans or donation-based, philanthropic gifting.

Since then, I’ve learned that impact investments continue to flourish not only in the United States, but around the world.

In the fall of 2018 while on a British Airways flight, I was intrigued by the cover story in Spear’s Magazine, entitled “The New Capitalism, How Wealth is Changing the Way the World Goes Round.” The article was written by Jim O’Neill, who spent 20+ years of his career at Goldman Sachs, a front runner in impact investments. While focused on the rise of “profit with purpose,” it didn’t provide much insight into my drafting and other concerns.

Shortly after that, I was delighted to attend a NYC Bar presentation called “Perspectives on Impact Investments in Latin America.” At last, I would learn more about how these investments actually work. I had the opportunity to ask the panelists, who either work at, or represent, funds and other entities in the Latin American market, pointed questions.

One striking fact I learned is that these investments do yield interest, but investors agree to ratchet down the rates because they seek to establish long-term relationships in the region. I learned of 2 recent exits from impact investments in Latin America, with an IRR of 22% and 26%, respectively. Another interesting fact about Latin America is that issuers making capital investments in the region are required by law to provide some kind of “give back” to the local community, such as building a school.

Impact investing seems ripe for Latin America. On the other hand, developing world markets are leery of investing in politically volatile countries such as Venezuela and Argentina.

Nevertheless, the Latin American market is experiencing an uptick in local firms and family offices deploying this capital directly. Although the interest rates payable are considered “second level,” these investors are hitting the ground running because of the perceived “dual return” or “double bottom line,” whereby the inclusion of social covenants (i.e. milestones) allow issuers to show they are fulfilling the mission.

Notwithstanding my desire for impact investing to actually cure social ills, these investments are a definite step in the right direction!