Controlling the Punch of BIG DATA

Aimee B Davis
Contrary to popular belief, the collection and use of BIG DATA didn’t begin with the advent of the Information Age. According to Edwin Black, an investigative journalist, author, and the son of Holocaust survivors, the use of BIG DATA began in Berlin in 1933, when the Nazis deployed IBM’s punch card system to help perpetuate the Holocaust.
What is BIG DATA?
It’s the collection and analysis of data at high speed and low cost to (i) identify seemingly unrelated items, (ii) find correlations, and (iii) draw conclusions about the aggregated information. 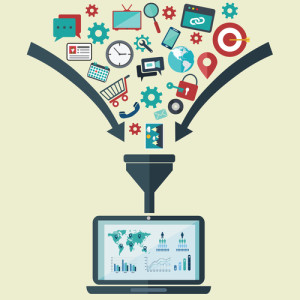 According to Edwin Black, the challenge facing the Nazis was a lack of centralized data. They needed to know who the Jews were, where they lived and worked, and what they did for a living. This information was generally available in written records, but at that time it was not stored in a centralized location and was not searchable.
There were 6 steps to the Holocaust:
IBM Systems Provided a Solution
IBM employees conducted a national census. Information was collected by going door to door and was stored on IBM’s punch card system. Edwin Black’s conclusion: The industrial and systemized mass murder of Jews, gypsies, and others was made possible because of IBM’s collection of BIG DATA, allowing the Nazis to count people and ascribe categories and attributes to them. The data was used to organize the Jews into ghettos, and later, to exploit their known skill sets for purposes of working them to death in concentration camps.
Has the Horse Already Left the Stable?
In 2016, credit reports are heavily regulated, but the use of BIG DATA in marketing remains an unregulated free-for-all. We know that the algorithmic analysis of data is predictive and valuable to business, but there is historical precedent demonstrating that the collection of BIG DATA can be used as an ethnic, corporate, and political weapon. The 2016 FTC Report is entitled: BIG DATA, Tools for Inclusion or Exclusion. Clearly, our federal government is aware of the risks associated with the unregulated collection and use of BIG DATA. Regulation is expected to come, but whenever we shop online or download applications, we are feeding the BIG DATA dragon.
My fear has always been that once data is collected it can be aggregated and used outside the user’s intended purpose. While we hope to rely on encryption technologies, the recent Apple case gives me the heeby-jeebies. I don’t see how to adequately protect data that is already out there. Once personal information is sold or taken, inferences about your preferences are made. But, correlation doesn’t equal causation. Although technocrats say, BIG DATA is a technological breakthrough, “if it can be done, it should be done,” there are two sides to this Promethean coin.
While I agree that privacy is dead, the challenge remains: How can we ensure that BIG DATA is used for good, rather than evil?