Is a Letter of Intent Necessary in an M&A Transaction?

There’s a debate raging among transactional attorneys about whether entering into a letter of intent (LOI) in advance of negotiating a purchase agreement is a necessary step in the M&A process.

An LOI summarizing the basic terms of a proposed deal provides an outline for the longer form purchase agreement. Some attorneys think it’s penny wise but pound foolish not to have an LOI. 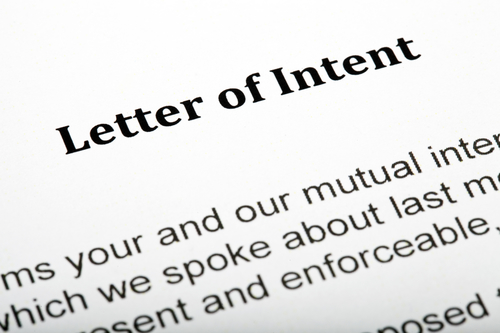 An LOI can be particularly helpful to first-time buyers and sellers who have not previously been involved in an M&A transaction, because it provides a roadmap for negotiating the definitive purchase agreement. There are fewer pages to digest, enabling the parties to focus on what they are actually agreeing to, and how onerous the process may be as they move into the due diligence phase.

However, the terms of an LOI are often generic, so unsophisticated parties may still be surprised by the business disruption caused when they seek to verify representations and warranties across their operations. As they say, “the devil is in the details,” so how valuable is this interim step?

An LOI is generally not binding, except for certain provisions, such as an exclusivity period to negotiate the definitive purchase agreement. Locking the parties into an exclusive negotiating period may be important in auction sales and for sales involving highly competitive industries.

On the other hand, there’s a lot of duplication in negotiating these documents in two steps, and this inevitably increases transaction costs. Parties who negotiate an LOI before engaging an experienced M&A attorney may miss out on valuable input regarding clever ways to limit or shift liability for certain missteps. However, since the letter of intent is nonbinding, in theory, even if the attorney is introduced late in the process, there is an opportunity to build the requisite protections into the purchase agreement.

I remember a senior attorney I worked with years ago being frustrated by a client’s failure to involve our firm during the LOI phase. But, value from an LOI is achieved to the extent it helps to clarify the issues for the client, rather than enhancing the attorney’s convenience. And, the value is enhanced in cases where the parties are prepared to live with the terms of a well negotiated LOI. I think my colleague was frustrated because this particular client was hesitant to accept his advice in negotiating the definitive agreement. Fearful of losing the deal, the client acted sheepishly about deviating from what it had agreed to in the LOI.

I remain on the fence about whether an LOI creates real value, or whether it simply increases transaction costs. Often, the basic terms and conditions of the transaction can just as easily be discussed and agreed to in the process of negotiating a purchase agreement. As with most decisions, I think this one should be made on a case-by-case basis.