Thinking Around the Problem: Creative Solutions

In December 2016, one deal consumed my attention. I had never sold a school before, but a trusted colleague convinced me to accept the engagement for that reason.

Year-end deals are often challenging, but in this case, getting to closing presented some unique hurdles requiring creative solutions. 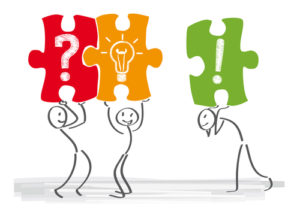 One of the conditions to closing was to obtain the landlord’s consent to transfer a lease for the schoolhouse. Typically, it’s difficult to get the attention of third parties who won’t benefit from the transaction, but it’s particularly challenging at year-end to obtain required consents.

From the landlord’s perspective, permitting the transfer of tenant’s interest in a lease to a Buyer (who will become the new tenant) may result in additional credit risk. Here, the landlord requested to review Buyer’s financial information in order to assess his creditworthiness. Because of vacation schedules, the holiday time crunch and, in this case, the fact that the existing tenant was delinquent in paying rent, consent couldn’t be obtained before year-end, and the deal rolled over into 2017.

Notwithstanding that, the Buyer wanted to appear to the public to be the owner of the school as of January 1, 2017 in order to increase enrollment, so the school would operate at a profit. The parties were so confident that the deal would close before year-end, that the Buyer had already begun funding the operational expenses of the school on an informal basis. But, as NYE approached, Buyer’s attorney insisted that this funding be documented as a loan to ensure that the Buyer was protected in the unlikely event that the landlord refused to grant consent to transfer the lease.

Although the Buyer wouldn’t close unless the lease consent was obtained, as 2017 drew nigh, the parties, from an operational standpoint, were actually treating the school as sold effective December 31, 2016. By the time Auld Lang Syne was sung, the Buyer was more than just a little bit pregnant.

I was tasked with documenting a loan that would not be repaid if the transaction closed, but if the landlord didn’t grant his consent, then this loan would be repayable on demand.

What Are the Lawyers to Do?

1.  We made the loan limited recourse. As such, payments under the Note were dependent upon, and could only be made from, proceeds received by the school from enrollments, if any, after January 1, 2017. That meant that any accounts receivable existing at year-end would be credited to my client, the Seller. This would prove helpful to the Seller in calculating the post-closing adjustment to the purchase price.

2.  Additionally, the loan was made to the school, rather than the Seller. As such, if the asset transferred to Buyer, so did the debt evidenced by the Note. The Seller had no personal liability under the loan.

3.  Finally, the interest rate was limited to the applicable federal rate, rather than an arm’s-length, commercial interest rate. This kept interest costs down, benefiting both parties.

By employing creative solutions to these unique problems, both parties were adequately protected, and the deal closed shortly after the start of the new year