Aimee B Davis
In interpreting legal documents, the words actually matter. A well-trained attorney is best suited to understand and explain to a lay person the implications of the presence or absence of certain words. I often feel like I am speaking another language when discussing financing transactions, even with other attorneys less familiar with these types of deals. Generally, people just don’t understand what I’m saying. 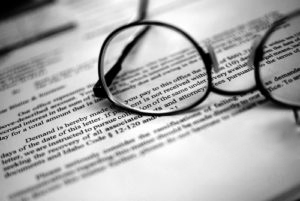 In a recent transaction, my bright and successful client was struggling to understand the terms of a $5 million working capital loan. The purpose of this transaction was to refinance and separate an existing loan made to co-borrowers. While it is fair to say that anyone would struggle to understand a 110-page document, the real problem was the convoluted form of loan agreement being used by the bank.
The loan agreement included references to multiple borrowers, making my client second guess whether it served the intended purpose (to separate the loans). After reviewing all 110 pages, I was able to assure her that because of the way the defined terms were actually used, I was comfortable that her company was the sole Borrower.

More troublesome to me were the various ancillary documents, some of which imposed direct personal liability on individual officers and/or employees of the Borrower.
For example, the Lender requested that a stand-alone certification be executed by an officer of the Company, which was intended to verify the representations and warranties being made by the Borrower in the loan agreement on the closing date. Why was this necessary? The person signing the loan agreement was signing in his/her capacity as an officer of the Borrower. So, I challenged the appropriateness of delivering a duplicative certification.
In the event of a gap period between the signing date and the closing date, the Lender required another standalone certification. The purpose of this certificate was to restate and verify certain representations made as of an earlier date. However, I advised my client that all materiality, knowledge or other carve-outs intended to limit the representations in the loan agreement should be incorporated into the certificate, in an entirely consistent, word-for-word basis. Without these conforming changes to the certificate, the Borrower could lose the benefits of the protections it negotiated in the loan agreement.
Additionally, simply by signing the standalone certification, the individual signing would be exposed to direct personal liability for any untruth or any misstatement. This is a subtle nuance that is often lost on a lay person faced with signing multiple documents at the closing of a complex transaction. Anyone signing a document should be very clear as to whether they are signing in their individual capacity, or in their capacity as an officer of a company. Actions taken in good faith by officers are typically covered by insurance, so it is best to include one’s title if he/she is an officer.

It’s a tedious process to ensure that all transaction documents are entirely consistent, but the words really do matter.