Don’t Be Your Own Attorney, Especially If You Aren’t One

From the perspective of a corporate attorney with expertise in international M&A, financing, and private equity transactions and general commercial contracts, and a litigator with commercial, business and securities litigation experience… 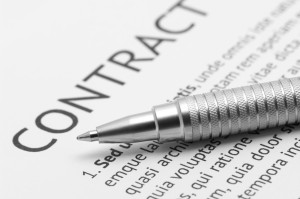 Since the Plain Writing Act of 2010, SEC disclosures, consumer and commercial contracts have become shorter and simpler to read. In the digital age, forms of complex legal documents and agreements are more accessible to everyone.

Combine this accessibility with the fact that, at the inception of a deal, business people are often (un-cautiously) optimistic and don’t want to focus on the potential disintegration of the very project into which they are investing time, energy and money. Contracting parties are often lulled into a false sense of complacency when entering into transactions, because they believe that all parties desire the same end result.
This seemingly low barrier to entry is enticing. Everyone wants to save money on legal fees, but while fairly routine legal agreements may seem manageable to a non-attorney, looks can be deceiving. A contract may seem simple and straightforward, but subtle shifts in specific words or the absence of certain words relating to a loan or promises to pay, have significant implications in litigation.
The ability to recognize the absence of important words or the order, choice, and/or phrasing of certain words, requires a high degree of skill and training. Therefore, the value of hiring an experienced attorney should not be underestimated.

BEWARE OF THE ORAL PROMISE

Contract litigators often find themselves battling over oral promises or oral side agreements. Even sophisticated parties, at times, enter into agreements on the basis of critical “promises” and “side agreements” that they believe to be part of their deals. However, if not embodied in the text of a contract, oral promises and side agreements are difficult and costly to prove, at best, and unenforceable, at worst.
Typically, business contracts include express disclaimers of oral promises, called “merger” clauses (because all promises are “merged” into the written agreement). New York courts generally enforce these provisions. So if you end up in court on a contract dispute, the court will rarely consider an outside promise when faced with a merger clause. Even if the court considers the promise, proving the existence and terms of an oral side agreement is going to be time consuming and costly.

A recent trend in the financial services industry demonstrates this problem. Financial advisors are recruited to new firms with the promise of up-front bonuses. However, the bonuses are written as promissory notes (i.e. loans), rather than bonus agreements. The employers often make oral promises that are not written into the notes, including telling the employees they will not have to re-pay the loans under certain circumstances.
A host of litigation has arisen out of the purported obligation to pay off these notes. As a defense, employees often seek to rely on the oral promises. Unfortunately, in the vast majority of cases, the notes are found to be binding. So, the poor employee who thought he was getting a signing bonus is now stuck with an outstanding debt. A skilled contract attorney would recognize the loopholes in the agreement, and could prevent these “worst-case” scenarios from occurring.
Aimee B. Davis Law P.C. is committed to advising its clients and resolving issues relating to the legal and business matters that are important to them. If you have any questions, please feel free to contact me at (917) 617-2243 or email aimee@aimeebdavis.com.
The Law Office of Kimberly Kalmanson has a client-focused litigation practice that seeks to resolve conflict and achieve client goals in an effective and efficient manner.  I can be reached at (718) 974-4500 or, by email, at kim@kalmansonlawoffice.com.