Is Legalese Making It Hard to Understand Your Options in a Negotiation?

Aimee B Davis
A lawyer’s success depends on the value of the legal services she provides to her clients. As a solo practitioner, I take this statement seriously, and I spend a lot of time thinking about how to ensure I achieve this in each of my contract negotiations. I also participate in various business development groups with other attorneys where these concerns are discussed. 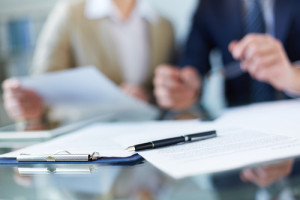 When negotiating transactions or commenting on contracts, I focus on whether I’m being an obstacle or irritating my client by explaining the differences in meaning that can result from subtle changes to the specific language used. Fortunately, my clients consistently tell me they appreciate that I take the time to explain the legal nuances to them, as it helps them to anticipate any legal concerns and informs their negotiating positions going forward.
Here’s an example from a recent contract negotiation, in which a complex legal mechanism proposed by opposing counsel (which sounded good from a fairness perspective), not only failed to achieve the client’s business objective, but it would have resulted in costing the client wasted time and money.
My client was in need of developing a mechanism to determine fair market value (FMV) in the future. Opposing counsel proposed a complex legal process, calling for the appointment of 2 arbitrators, who would hire a third if they were unable to agree after a 30-day period. The 3 arbitrators would then render a binding final decision. Although this very detailed proposal was fair to both parties, my client raised concerns that, as a practical matter, fair market value could not in any event be adequately determined by arbitration conducted by independent third parties unfamiliar with the business. So, neither 2 nor 3 arbitrators would yield a fair result from my client’s perspective.
I was able to simplify the process by suggesting a reasonable negotiation period between the parties, at no cost to my client, before the question of FMV would be submitted to arbitration. My counter-proposal, while equally fair as to process, was less detailed, making it easier to understand and implement in the future. Most importantly, it maintained my client’s option to either renew the contract or to walk away if the parties were unable to agree before the end of the negotiation period, and/or if my client was not satisfied with the arbitrator’s determination of FMV.
After several rounds of discussing ways to resolve the arbitration clause, opposing counsel proposed that the parties negotiate a fixed fee in advance, rather than rely on an arbitrator’s determination of FMV. This enabled my client to know what its financial obligations would be 12 years down the road, and they believe the certainty created by this proposal was more advantageous. Had this solution been proposed at the beginning, all parties would have saved time and money spent on negotiating legalese that was ultimately not used because its relevance was limited to its ability to clarify a legal process, and did not resolve the business issue at hand.